Andre Fabre warned that the Prix Jacques le Marois on Sunday was far more than a match between Intello, his French Derby winner and Dawn Approach, winner of the 2,000 Guineas. The meeting of the two three-year-old colts at Deauville has been long anticipated as what could be one of the top highlights of the summer. Bookmakers have been putting the pair above the older competitors, including last weekend’s Maurice de Gheest and multiple Group 1 winner Moonlight Cloud.

When asked to give his views on the task Intello was to face, Fabre admitted a first serious challenge against his elders is as big a concern for Galileo’s son. “The difficulty is very much increased because of the older horses,” he said. “It’s a very hot race with Dawn Approach and the others and I’m very respectful of the opposition.”

Owners Alain and Gerard Wertheimer and Fabre made the decision to bring Intello back down to a mile after his impressive two length victory over Morandi in the Prix du Jockey Club over the course of a mile and two-and-a-half furlongs. At Maison-Laffitte, Intello used the low-key Prix Messidor as a stepping stone.

Intello is running as short as 6-1 in the Prix de l’Arc de Triomphe, a track which would emphasise his unproven stamina for a distance greater than a mile and a half.

No decision is to be made about autumn targets until after the race on Sunday, Coral giving Intello 5-1 odds for the mile and two furlongs Qipco Champion Stakes just under a fortnight after the Arc.

Fabre has proved himself to be a master with versatile horses in times past, having brought the Prince of Wales’ Manduro back to a mile to victory in the Marois in 2007. He then went up to a mile-and-a-half for what became his final triumph in the Prix Foy.

He was quick to point out, however, the influence age had on that result. “People will make comparisons with Manduro but they’re not the same kind of horse,” cautioned Fabre. “And of course Manduro was a five-year-old, whereas this horse has to take on older horses for the first time.”

Coral are standing alone in giving Dawn Approach the 15-8 favourite odds, slightly in front on Intello’s 2-1. The bookmakers are more than impressed with Moonlight Cloud, giving him a best-priced 3-1.

Among the 13 to compete following the penultimate forfeit stage on Thursday, Teruya Yoshida’s Prix Rothschild victor Elusive Kate has not yet been confirmed to the line-up. She enjoyed a favourable Deauville record, having won four in five attempts at the track while defeating Duntle by only two-and-a-half lengths at the end of July.

“There is no decision yet and ultimately it will be left to John Gosden,” reported Yoshida’s European representative Patrick Barbe, before adding: “The plan is more likely to be the Matron Stakes at Leopardstown next month.”

Deauville will begin three solid days of racing from Friday, with a good forecast and no major signs of rain. 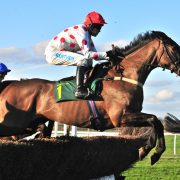 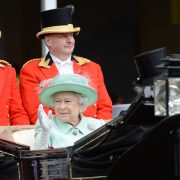 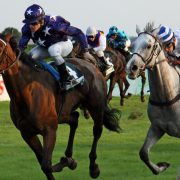 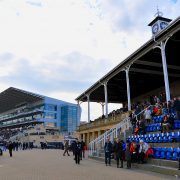 Beginners Guide To Taking Photos Like A Pro
Scroll to top