Mick Channon’s admirable filly Samitar (5/4f) again showed what a tough, genuine, and talented performer she is when justifying strong market support in pleasing fashion to land the richly endowed £300,000 Tattersalls Millions Two-Year-Old Trophy at Newmarket on Saturday and cement her claims for a place in the line-up for next season’s 1000 Guineas back on the Rowley mile, writes Elliot Slater.

Running for the sixth time this season, the daughter of Rock of Gibraltar once again showed what a classy sort she is in never really looking in any danger in the seven furlong contest, always racing prominently in the centre of the course before hitting the front inside the final quarter and staying-on far too well for her main market rival Hazel Lavery, who kept on nicely but was beaten a length-and-a-quarter at the finishing post. The Richard Hannon-trained outsiders Glee and Tina’s Spirit filled third and fourth places, adding significant prize-money to the haul of their handler who remains in pole position to retain his champion trainer’s title. Those looking at the horseracing betting will have been impressed.

The £163,000 winner’s cheque more than doubled Samitar’s winnings for the season but provided jockey Sam Hitchott with one of the biggest paydays of his career on his first ride on the filly normally partnered by Jamie Spencer. Spencer missed the big winner having flown to the US to continue his association with Aidan O’Brien’s tremendous sort Cape Blanco. Even people following the Breeders Cup betting will be keeping an eye on him.

Third to Godolphin’s Lyric of Light in the Group 2 May Hill Stakes at Doncaster at the start of September, Samitar got much closer when runner-up to that rival in failing by only a head to win the Group 1 Cheveley Park Stakes at Newmarket last week and remains a realistic contender for next year’s first fillies’ classic of the season at ante-post odds of 25/1. 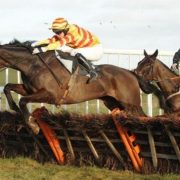