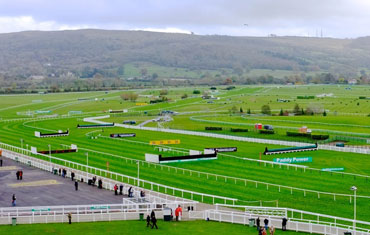 Is there a more exciting time for punters than the Cheltenham Festival? Sure, the Grand National race probably gets more attention from casual punters as an individual event, but Cheltenham beats it for overall quality of races. There are 28 in all over the four-day festival (13th-16th March), including the Champion Hurdle and Cheltenham Gold Cup.

Obviously, there are some big-name favourites for the Festival races; odds-on runners that only offer real excitement to big-money bettors or as part of accumulators. However, there are always several shocks at the Festival, offering value to the average punter who can only part with a few quid. For those looking some real value, there are free bets for all 28 Races at Cheltenham Festival 2018 available right now. Below are some longshot horses who could gain entry to the Winners’ Enclosure at this year’s Festival:

All the talk leading up to the Champion Hurdle has been about the potential showdown between Faugheen (6/1) and last year’s winner Buveur D’Air (4/9). The former has not been himself however, whereas the latter, while highly respected, may not just have it all his own way again this year. Ch’tibello rarely finishes outside the places when he races, nor has he ever fallen. He is also a previous winner of the Scottish Champion Hurdle (2016). A solid each/way bet.

Another, like the Ch’tibello, who rarely finishes outside the places. Kayf Grace has four wins, one second and two third places from her eight runs so far. Bounced back to win at Kempton at the Winter Festival after a poor showing to start the season at Ascot. Kayf Grace will have to contend with big favourite Apple’s Jade (4/6), but again each way chances look really good.

Summerville Boy is a lightly-horse, who has proved to be pretty consistent over hurdles in his short career. He has run twice at Cheltenham Racecourse before, and perhaps should consider himself unlucky not to have won at least one of those races. His last race, at Sandown in January, saw him beat the respected Western Rider by 18 lengths. Could really spring a surprise in this race at the expense of well-fancied candidates like Samcro (1/1).

Of the four feature races at the Cheltenham Festival, the Stayers’ Hurdle is the one that looks the most difficult to figure out this year. While that is an issue for those backing odds-on favourites, it could also work in the favour of those backing longshots. Wholestone has already a Cheltenham win in the bag this year and is exactly the type who could capitalise in a race that looks like it will lack a big-name favourite.