Horse racing is one of the biggest sports in the UK, in terms of attendance, it is the second largest in the country after football with more than 6 million people heading to the race course every year. This translates as a whopping spend of over £3.7 billion for the UK economy annually as thousands head to racing festivals all over the country.

So what can you expect from a day out at the races? If you’ve never been then you are missing a treat. Firstly you should decide whether you want to go for the racing or the glamour – and yes, some race festivals offer both – but others are generally one or the other. For example, Ladies Day at Royal Ascot, Aintree or Cheltenham will be a heady mix of both but an afternoon at a small track mid week will largely be for the quality of racing.

First up is to get your tickets. The bigger festival swill be sold out possibly months in advance, others will allow you to pay on the day. Second, pick somewhere close to you to avoid having the added expense of hotels etc…especially if it’s your first outing. This will reduce your overall cost and make it more affordable.

Now that you know where you’re going and you have your tickets, make sure you dress appropriately. This doesn’t mean a top hat and tails but if you’re heading to national hunt racing in winter, then get that big coat out because you will need it! 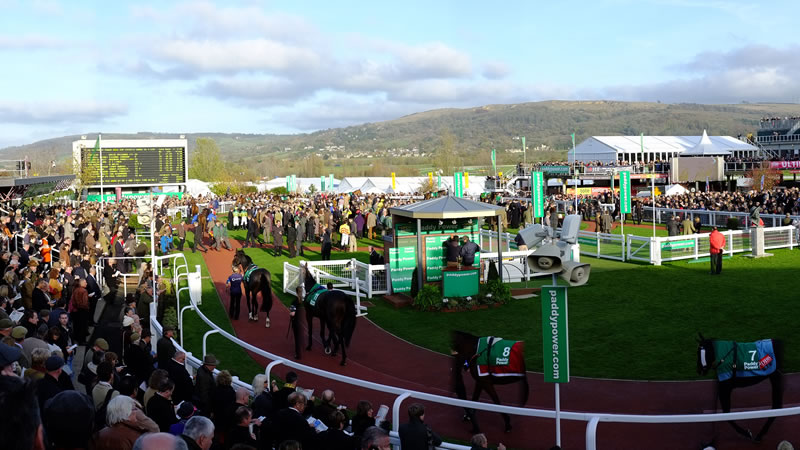 Most courses will not allow you to bring your own food or drink and they will take it off you at the gate so leave it at home and be prepared to buy on the course. It’s at this point that you will be able to choose a more formal dining option or you could simply opt for a burger and chips from the chippie van – again it depends on what you want to get from your day.

The bigger courses and festivals will be geared up for the tens of thousands who attend daily but that doesn’t stop the queues at the bar. Smaller courses will be much easier to navigate and wait times for food and beer will be almost non existent.

Bring cash, because now that you’re warm, fed and watered, it’s time to take a look a the race card and decide which horses to put a few quid on. Use the guide in the card to help and look at the trainers or horses who already have a good track record around the course. There will be plenty of on course bookmakers and while the odds will be very similar, there will be some variances so shop around.

Race time is the most exciting bit of the day. Make sure you go to the parade ring and have a look a the runners because a huge amount of effort goes into making them look spectacular and if you’ve never been up close to a race horse then this is something you don’t want to miss.

The horses warm up by circling the parade ring a few times, then the jockeys mount and off they go down to the starting line. Once they are all in position and ready the race begins.

Expect shouting, cheering and general unrivalled excitement as the crowds rally on the runners, often screaming for their horse to reign victorious. The atmosphere is unparalleled and doesn’t stop until the race is over at which point some will be ecstatic and heading to the bookmakers to collect their winnings whilst others will be binning their betting slips ready to start all over again for the next race.

It’s a fantastic day out and in most cases it seems to be over in the blink of an eye so enjoy it and take it all in but just note that once you catch the racing bug you’ll be back again very soon!

Fledgling Horses To Watch In 2019
Scroll to top