Salsify and Tammys Hill, two of Ireland’s leading hunter chasers and both prominent in the ante-post list for the Christies Foxhunter Chase at the Cheltenham Festival on March 15, could well meet for the third time this season at Leopardstown on Saturday in the Raymond Smith Memorial Hunter Chase.

Twelve months ago, the Rodger Sweeney-trained Salsify won the Leopardstown race before going on to a famous success at Cheltenham, where he got the better of Richard Barber’s Chapoturgeon by a length, having been given a tremendously patient ride by Colm Sweeney.

Held up for much of the race, he swept into contention late in the day to lead after the last before holding on bravely to score by a length.

A winner at Stratford on his final start of last campaign, Salsify has twice had to settle for the runners-up spot this season, on both occasions finding Liam Lennon’s Tammy’s Hill too good for him.

Beaten three-and-a-half-lengths by the up-and-coming hunter chaser at Wexford in early December, Salsify then failed again by exactly the same margin to justify favouritism against Tammys Hill in the Dark Horse Cafe & Wine Bar Hunter Chase at Down Royal on Boxing Day.

Better ground at Leopardstown would certainly be a help to Salsify as he faces his final outing before trying to defend his crown at the Cheltenham 2013 races less than five weeks later, but, if conditions remain soft, there is every chance that Tammys Hill could once again prove his bête noir.

Last year’s Cheltenham second Chapoturgeon is the current 5/1 ante-post favourite on most horse racing tips websites to gain his revenge in this season’s big race, while both Salsify and Tammys Hill can be backed at 8/1 in what appears a fairly open renewal of the coveted three-and-a-quarter-mile contest for amateur riders. 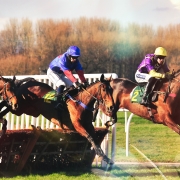 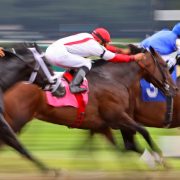 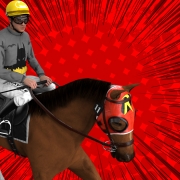