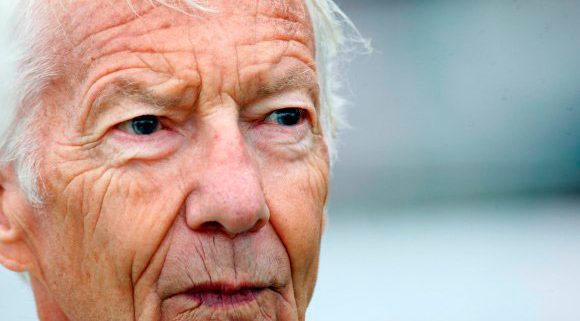 Jockeys are never regarded as tall sportsmen, but Lester Piggott turned out to be the exception to the rule. At a height of five feet and eight inches, Piggott earned the moniker of ‘The Long Fellow’. High weight would not be the only thing that we would be famous for, with Piggott going on to be legend in the sport.

That legend was born on 5 November 1925 in the English town of Wantage in County Berkshire. He was born into a horseracing family, evidenced by the family’s ability to trace its roots in the sport as far back as the 18th century. It only took until the age of ten before Piggott began to race horses. After that he only had to wait until 12 to win a race for the first time (1948).

Legendary Career
The early experiences of Piggott enabled him to become a whirlwind in the sport during his latter teens. It was in 1954 that he won his first Epsom Derby, riding Never Say Die to victory aged just 18. That victory would form part of the nine that he would win between 1954 and 1983, two years before he would retire from flat racing.

In addition to his successes at Epsom, Piggott he was also held in high esteem for winning the 2,000 Guineas on five occasions and the 1,000 Guineas on three. By the time his career had ended, the flat racing legend had managed to build up a win total that came in at 4,493, a truly outstanding figure that inspired awe from his fellow professionals and the spectating public. Over his career, Piggott has been the Champion Jockey of British flat racing eleven times.

Award and Loss of OBE
Another key milestone in the life of Lester Piggott came in 1975 when he was awarded on OBE for his services to British horseracing. However, whilst most OBE recipients retain the honour for this rest of their lives, Piggott only held on to his for another 12 years before it was stripped from him in 1987.

He had his OBE stripped because he had been found guilty of tax evasion, an outcome that clouded the conclusion of his career with shame. The result of the guilty charge was that he should serve three years in prison, although it turned out that he would only serve 366 days of the entire sentence.

Recent Chapters
Shockingly, Piggott returned to horseracing in 1990 and even managed to win the Breeders’ Cup Mile just ten days back. It was to be a quiet return, though, with the shamed jockey not winning many more races before finally returning in 1995.

More recently, Piggott has hit the headline fore leaving his wife of 52 years for a much younger woman, but on a more positive note his son Jamie has followed in the footsteps of his father and is now a jockey. He has a long way to go but, as the 19-year-old finishing eight in his first ever race, held in Killarney on 18 July 2013.

Jockey Sits On Floor After Fall